Better.
When You Sleep Better. 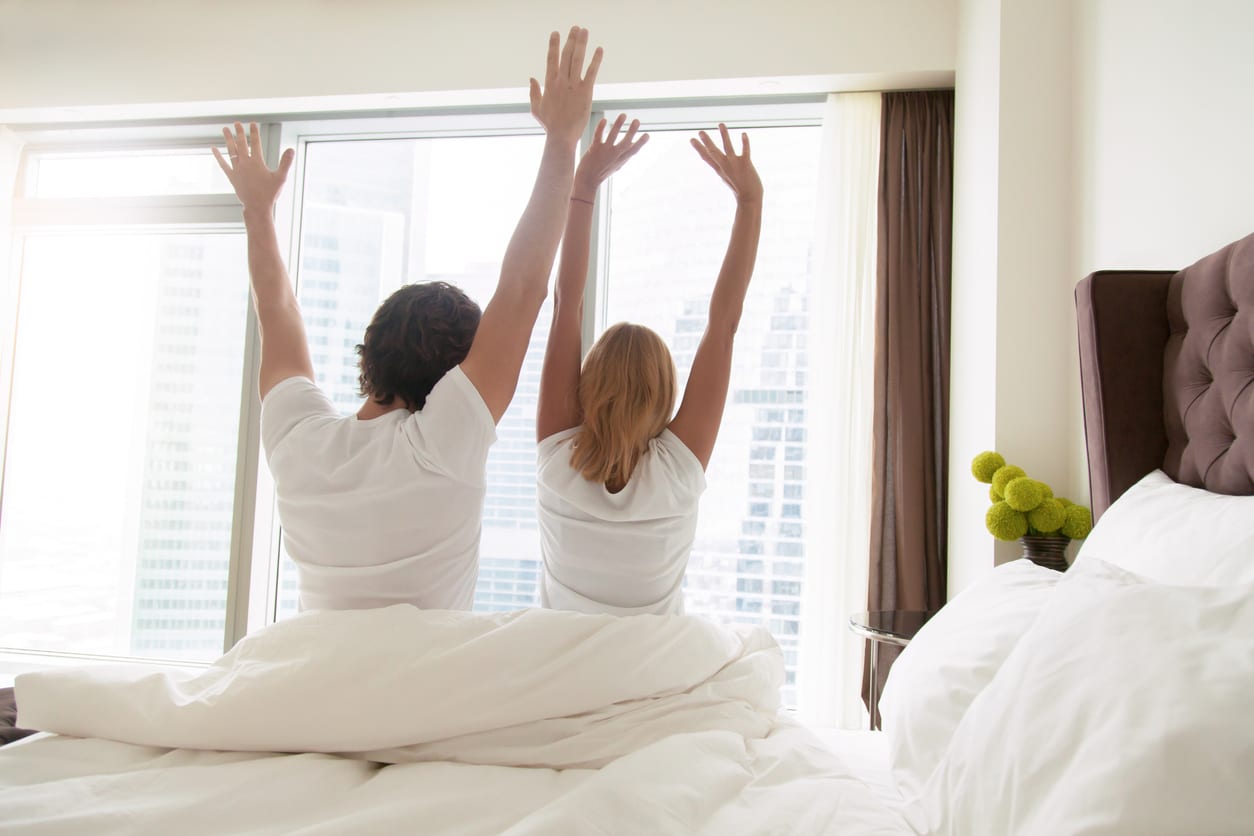 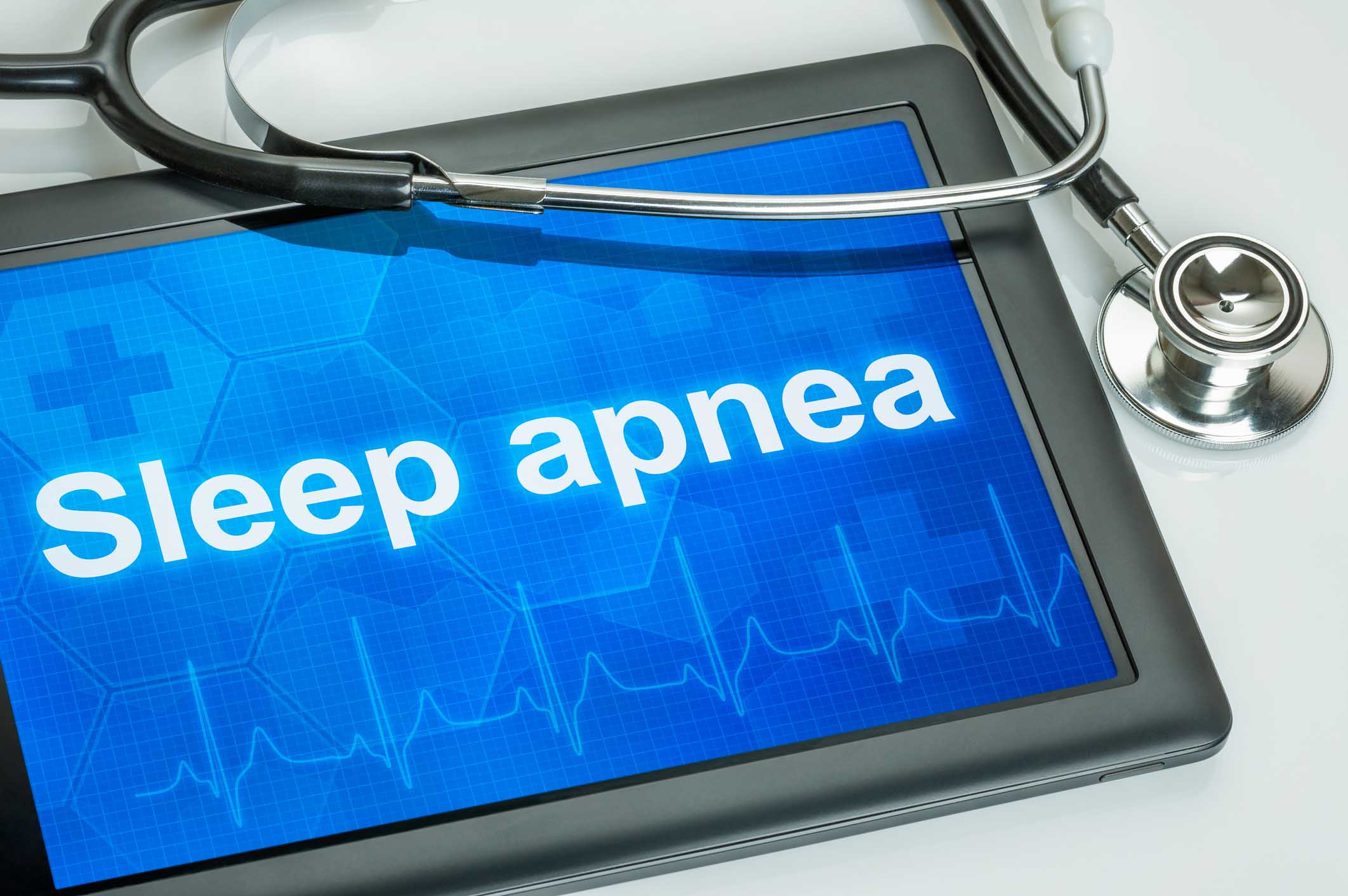 What Is Sleep Apnea?

Obstructive sleep apnea, the most common type, is caused by a blockage of the airway, usually when the soft tissue in the back of the throat collapses. The less common form, central sleep apnea, happens if the area of your brain that controls breathing doesn’t send the correct signals to your breathing muscles.

According to Eric Mann, M.D., Ph.D., deputy director of FDA’s Division of Ophthalmic, Neurological, and Ear, Nose and Throat Devices, you may be unaware of these events since they happen while you’re sleeping. Because you partially wake up when your breathing pauses, your sleep is interrupted, and you often feel tired and irritable the next day.

Sleep apnea is almost twice as common in men as it is in women. Other risk factors include:

Being overweight, extra fat tissue around the neck makes it harder to keep the airway open

Having a family history of sleep apnea

Having a nasal obstruction due to a deviated septum, allergies or sinus problem.

Children also get sleep apnea, most commonly between ages 3 and 6. The most common cause is enlarged tonsils and adenoids in the upper airway.

“You should certainly tell your physician if you think you, or your child, is experiencing symptoms of sleep apnea,” Mann says. “But the diagnosis of sleep disorders such as obstructive sleep apnea requires a formal sleep study.”

Are You Experiencing Any of These Symptoms?

When you wake up in the morning you probably don’t give much thought to what went on while you were sleeping, but your partner may be giving it a lot of thought. Sleep apnea issues don’t just affect you, they can affect everyone around you. Here are 6 sleep apnea side effects you and your partner should know about. 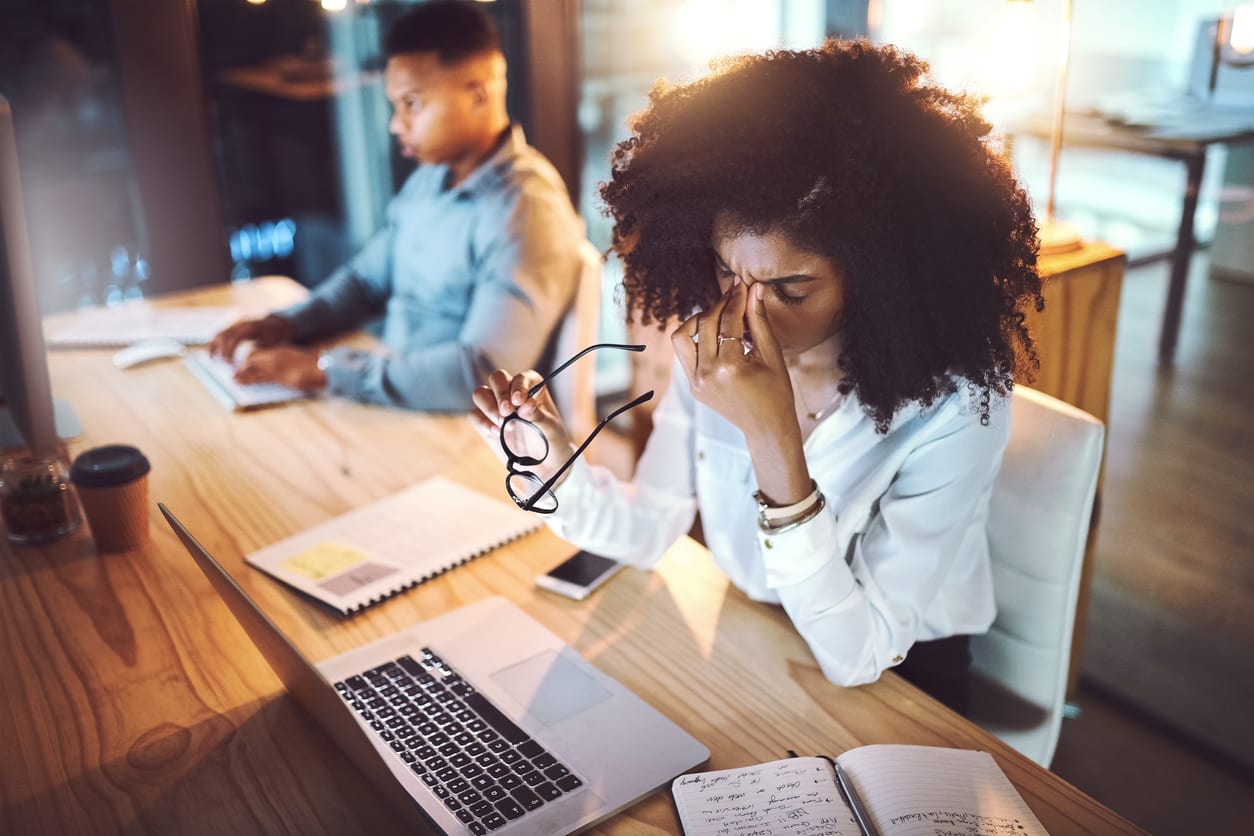 You’re Tired All The Time

Exhaustion is one of the biggest symptoms of sleep apnea. When you stop breathing, your brain sends out a distress call. This causes you to wake, even if you don’t realize it. Waking up, even if it’s just for a few seconds, can disrupt your sleep cycle, leaving you exhausted the next morning. And no one likes a partner who is exhausted all the time. 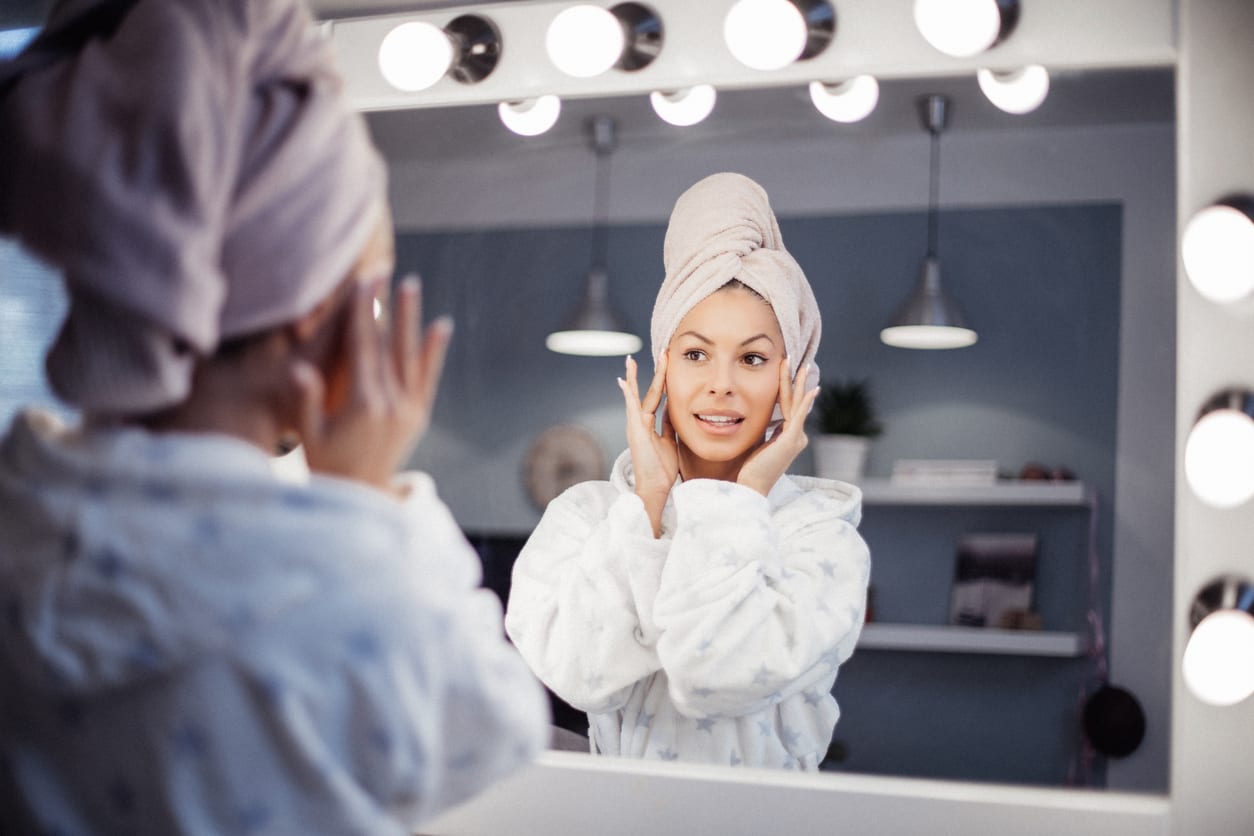 You Look Older Than Your Years

A clinical trial, commissioned by Estée Lauder and conducted by physician-scientists at University Hospitals (UH) Case Medical Center, found that poor sleepers demonstrated increased signs of skin aging. They also gave a worse assessment of their own skin and facial appearance than people who slept well. 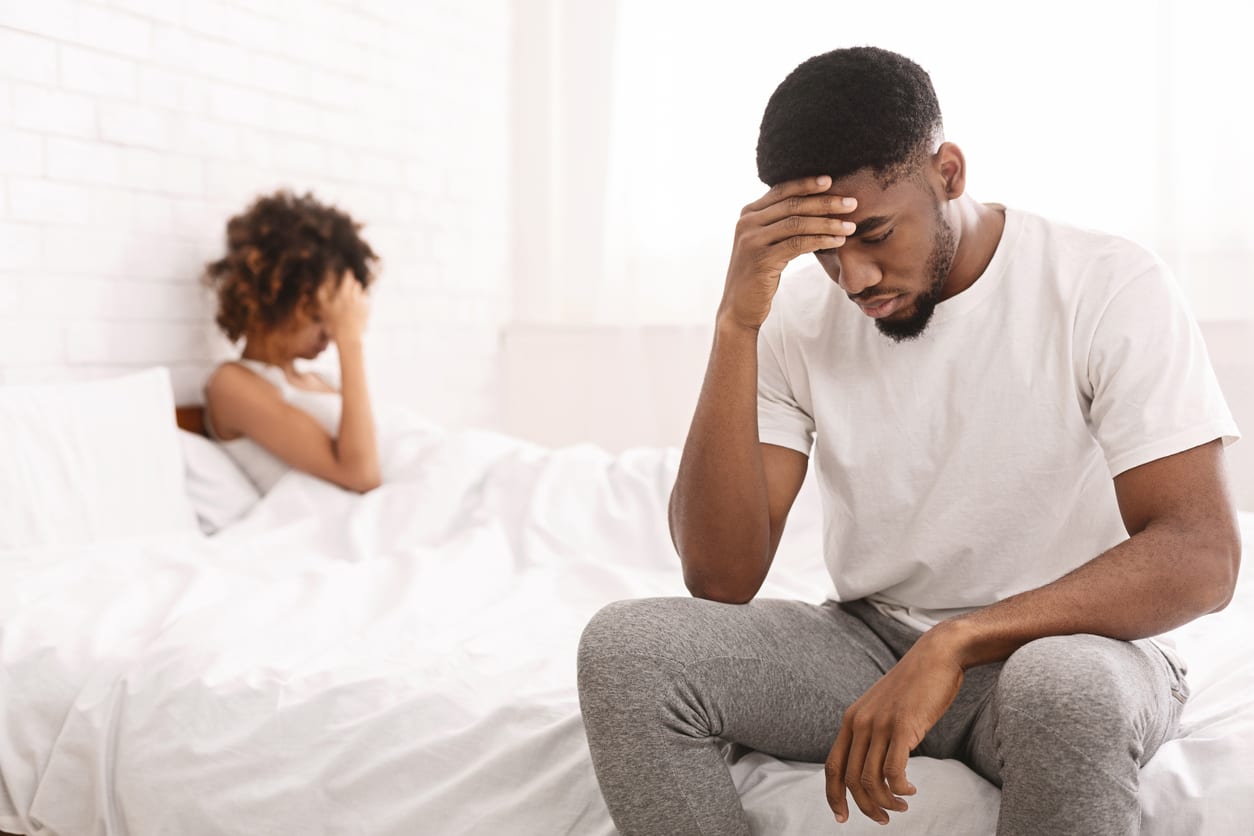 You Lost Your Sexual Libido or Have E.D.

Because sleep apnea causes repeated nighttime waking, chronic sleep deprivation may inhibit the body’s ability to produce and process estrogen and testosterone, which is partially responsible for your libido. Treatment for sleep disorders can usually get you back into the game. 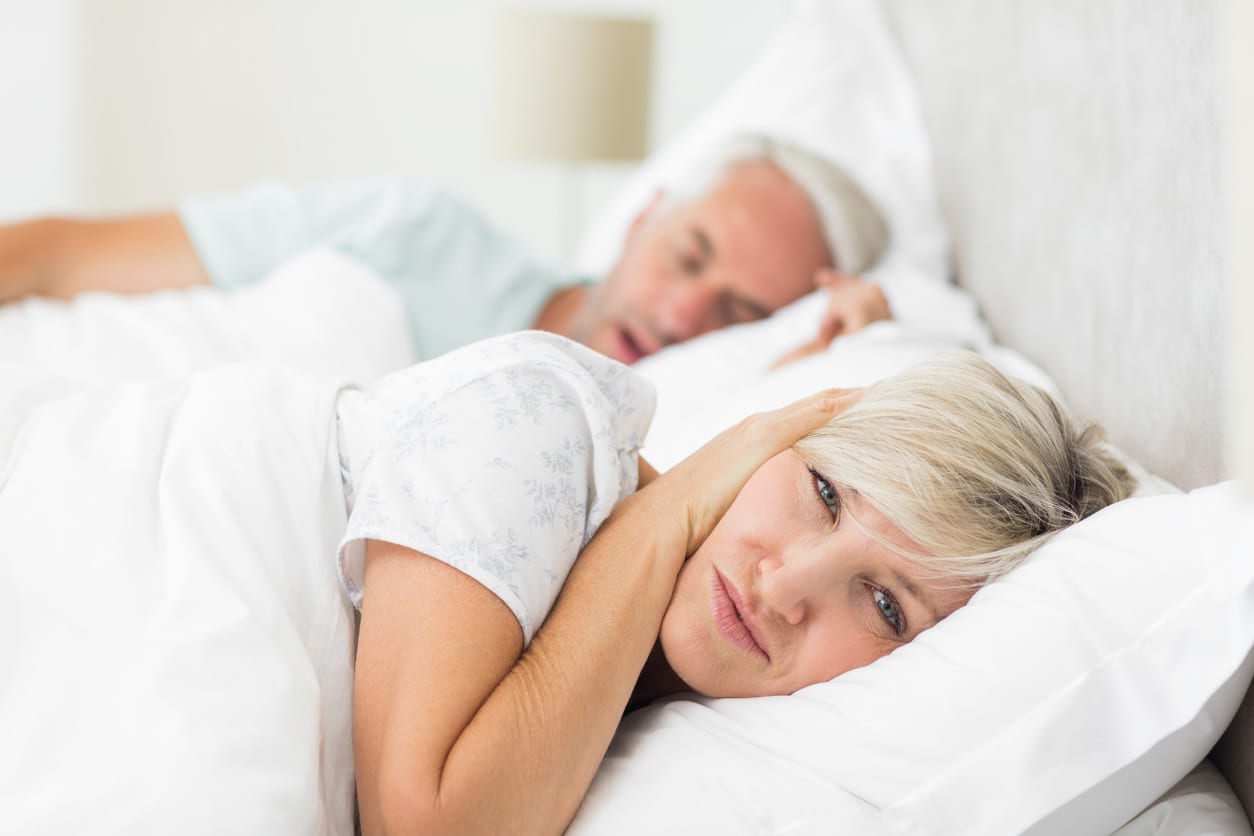 Your Snoring is Earth-Shattering

Arguing because of snoring is something that affects more than half of the couples around the world. Loud snoring is the second major sleep apnea side effect. Not everyone who has sleep apnea snores (and not everyone who snores has sleep apnea). Along with severe snoring, your bed partner may notice a “gasping, snorting, or struggling” as you return to breathing. This can be extremely dramatic and overly alarming for the person you sleep next to. 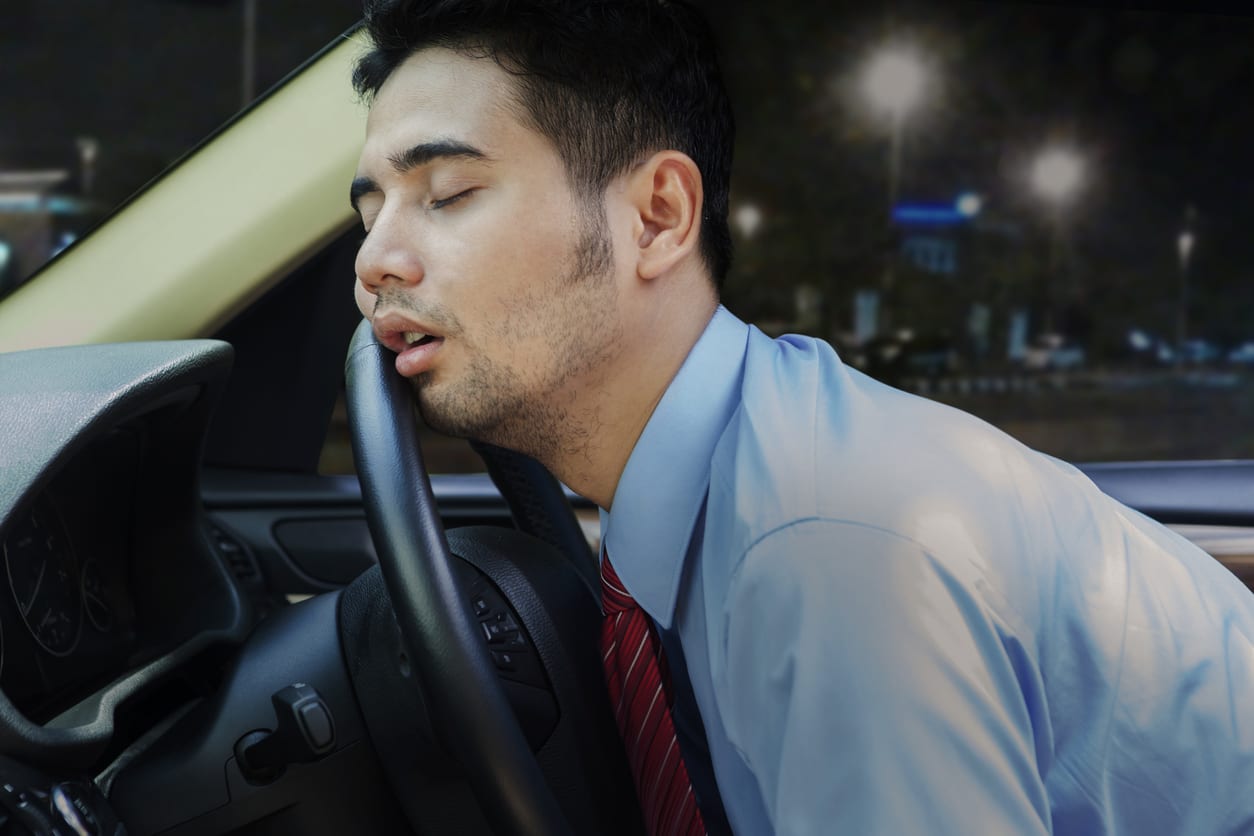 If you constantly pass out on the couch watching TV or can’t help but doze off in a dark movie theater, this could point to some extreme apnea-related exhaustion. It can cause some deadly consequences, too. This instant ability to fall asleep is one of the major risks with driving. In 2014, there were 846 fatalities recorded that were drowsy-driving-related. These reported fatalities (and drowsy-driving crashes overall) have remained largely consistent across the past decade. 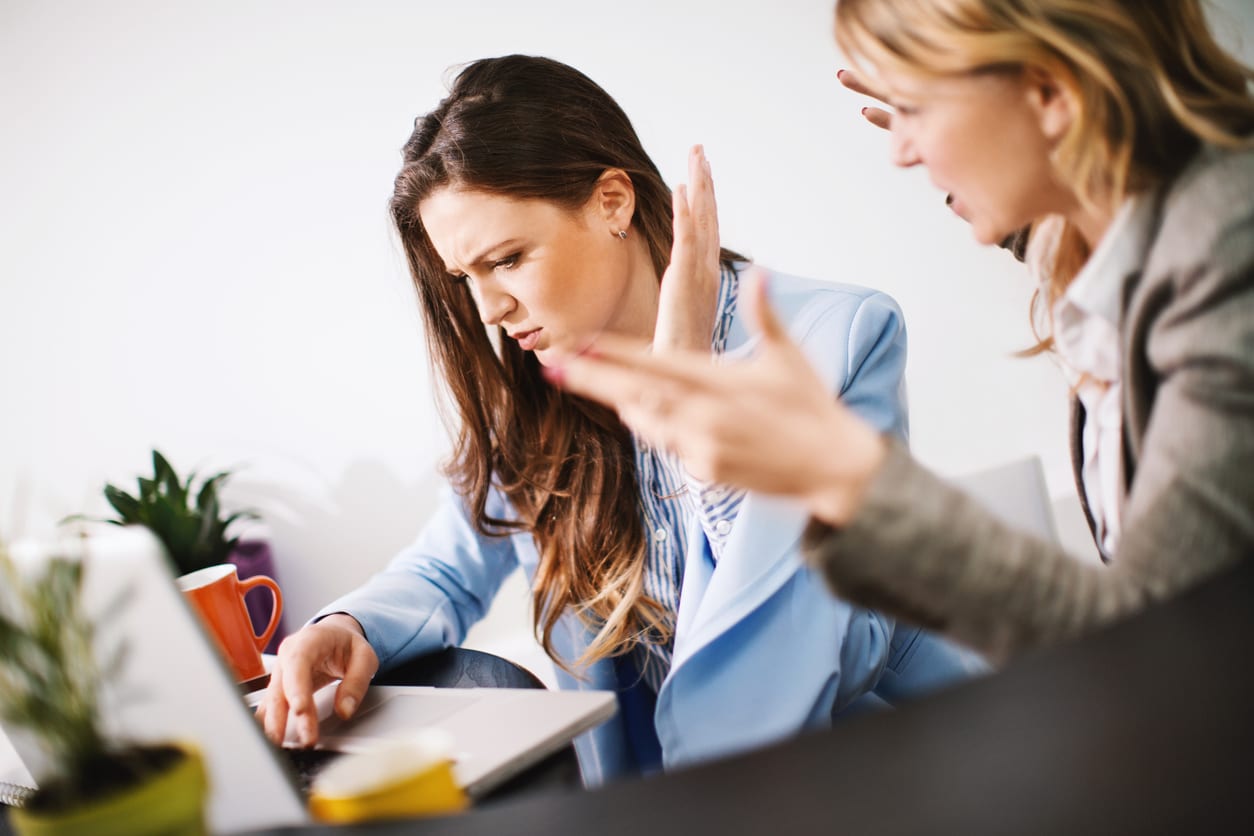 Mood changes, difficulty with memory and concentration stem from the sleep deprivation, created by sleep apnea. Poor sleep can leave you feeling crabby, making you no fun to be around. Even if an Obstructive Sleep Apnea (OSA) sufferer feels as if they have slept a full eight hours, repeated awakenings to breathe will ultimately cause sleep deprivations. Without sufficient sleep, normal daily stresses and challenges may prompt a person to become overly emotional or irrational.

If You Are Experiencing Any of the Above Symptoms

Take our FREE sleep apnea assessment based on the STOP-BANG Questionnaire. 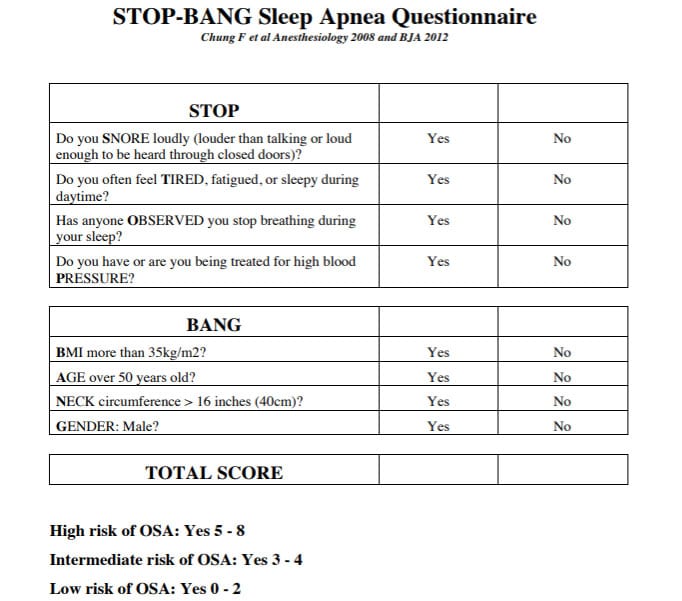 If you answer YES to 3 or more questions, you are considered at-risk or high-risk for Obstructive Sleep Apnea (OSA).

If you answer 2 or less questions with a YES, you are considered low-risk for OSA. 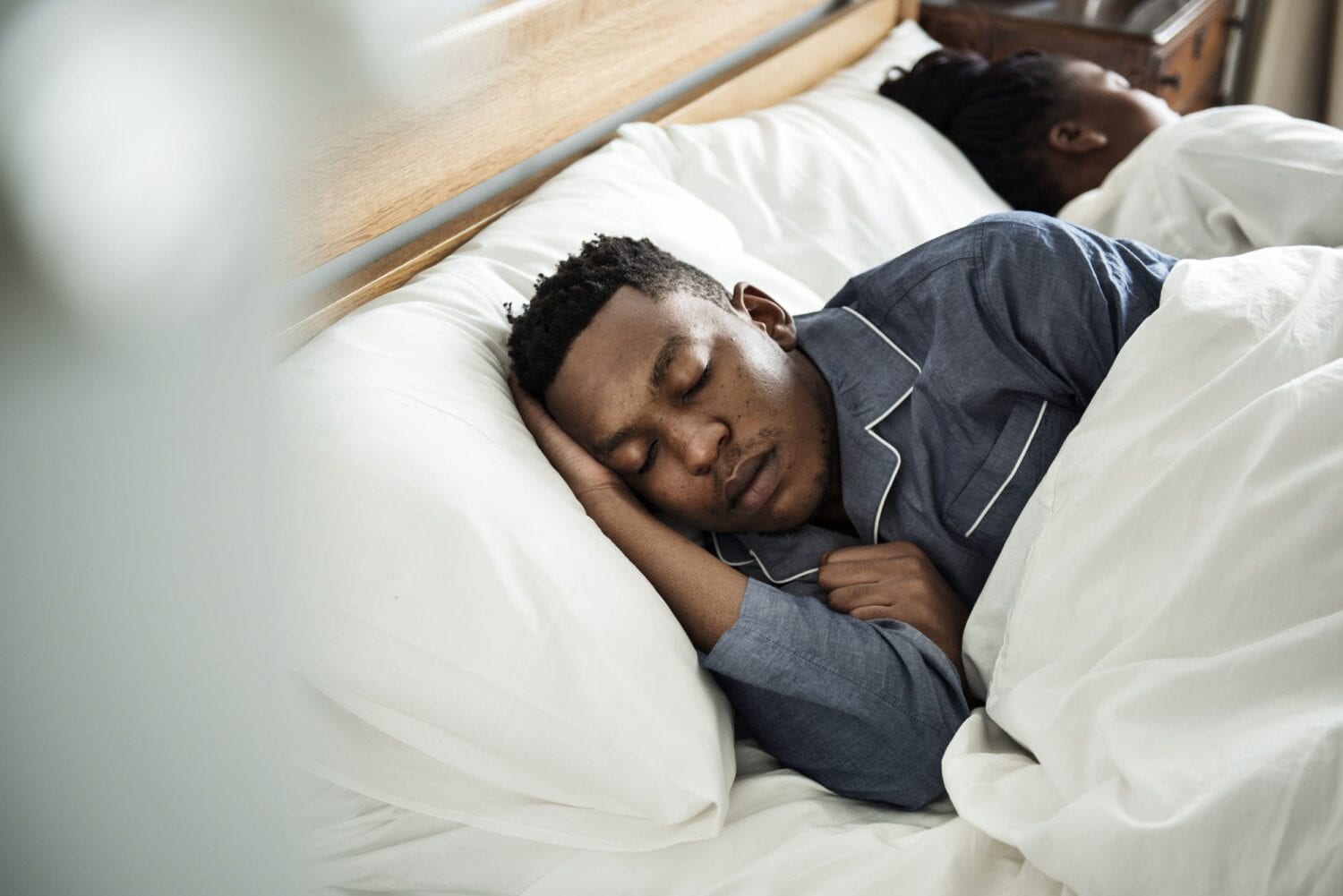 RestAssuredRX is an end-to-end secure telemedicine and sleep diagonistic solution that brings together patients and sleep experts to address the chronic health crisis of millions of people that are losing sleep every day! We are a recognized leader for ‘at-home’ sleep studies and continuing sleep care for our patients.

The Doctors at RestAssuredRx are specialists in their respective fields of practice, have board certifications*, and have over 45 years combined medical experience in the areas of general medicine, neurology and sleep medicine. At RestAssuredRX, we’re eager for you to get to know our outstanding physicians and specialists. Set up your appointment today and sleep better tomorrow. 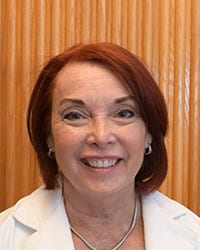 Dr. Mastrin, MD, has been in practiced in NJ and AZ for over 35 years. She did her residencies in Internal Medicine at University of Medicine and Dentistry of NJ, and at Jefferson University Hospital for Radiation Oncology… 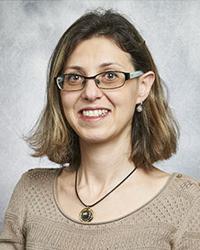 Dr. Vaysbrot studied at Stoneybrook University (Neurology & Neurophysiology), attended Medical School at NY College of Osteopathic Medicine, did her residency at NY Hospital & Medical Center (Queens) and is board certified…

“After years of declining memory and feeling lethargic every day. I contacted Rest AssuredRX for a home sleep study. Let me tell you, it was THE BEST money I spent in a long time. Not only was the team of medical professionals attentive, caring and kind. They were able to quickly and properly diagnose me. I was given a treatment path that has not only helped me personally feel better, but I am more confident, I am excelling in my career, I look younger and my wife is letting me sleep in our bed again! Thank you Dr. Mastrin, and thank you Rest Assured! “

“This is such a fantastic idea! The video is high-quality and so easy to set up. Great for anyone who has a busy schedule and doesn’t have time to drive to a doctor’s office. The doctors at RestAssuredRx, really spent time to get to know me, my habits and work schedule. Within 3 days I had my home sleep test package and 3 days later I had my follow up appointment and treatment program already in place and scheduled. I am so happy I did the video visit with Dr. Mastrin, I sleep better, I feel better and I look better.”

“Being a long haul driver, getting a good nights’ sleep is extremely important to my career and certification.  The team at Rest AssuredRX met with me on my schedule and the video visit was easy to use, I wish all doctors’ offices were run like this.  The home sleep test was simple to use and I had my follow up video visit on the road, using my phone from the cab of my rig, 4 days later.  I sleep better, I feel better and I am a better father and husband.  Thank you to the doctors and staff at Rest AssureRX“

Better Sleep Is Our Mission